Letters to Santa by Enrichment Students

In preparation for the Presidential elections, Enrichment students participated in a unit of study where they were divided into three major political parties: Democratic, Republican, and Libertarian. They researched major issues in the 2008 campaign and how each party stood on the issues. Students were assigned roles such as: Campaign Manager, Speech Writer, Publicity Manager, and Candidate. These are the speeches written by students and fellow party members.
Posted by Mrs. Wills at 9:20 AM No comments: 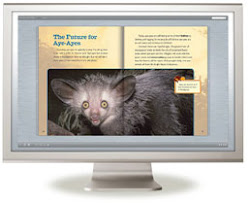 *Collaborate with teachers so every student learns to access, evaluate, and use information through planned activities.

*Join others in the learning community to encourage every student to read, view, and listen for information, realizing these practices are necessary for literacy and form the basis for a successful and productive life.

*Administer a planned program that provides a welcoming environment conducive to learning and promotes students’ intellectual and personal growth.

Thank you so much for volunteering to help in the library at Mitchell Elementary. It is because of your dedication to the students of our school that we have a wonderful environment for our students. Most importantly parents are needed to help with our yearly Book Fair. The money raised from the Book Fair is used to purchase new books and materials for our library- so it is a very important fund raiser. Please contact Mrs. Wills if you are interested in helping in the library. You will receive a scheduled time to help during the year.

Library Aides are expected to be leaders in every way including being responsible and having good grades and good behavior.

*Students in grades 3-5 are allowed 2 books per check out period.

*Students in grades K-2 are allowed 1 book per check out period.

*Books can be re-checked at the end of the 1 week period for an additional week if the student needs to finish reading the book.

*Students will be assessed a fee for damaged books which will be 1/2 the cost of the book. Any student damaging a book beyond repair will be required to pay for the entire cost of the book or damage.

*If a book is lost, the student who checked out the book will be required to pay for the entire cost of the book.

*There will be a $1 charge for refunds of returned lost books. Lost books that are returned MUST be in good condition.

*Additional books will not be checked out until all lost and/or damaged books are paid in full.

*Students will not receive Report Cards at the end of the year if library books are still checked out and lost or damaged books are not paid in full.

This is a great website to give book information including summaries, etc.
http://www.factsonfiction.org/

Check out our collaborative blog with our ePal students in Palmerston North, New Zealand. www.mrepalsproject.blogspot.com

Need to cite a source? Look at Ottobib

The Big 6 Steps to Research

Click on this link to see the Big 6 Steps to Research. You can use this to solve any kind of problem.

Click Here to enter information and create a citation. 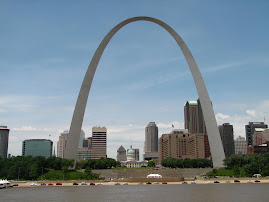 Let our Representatives know how important libraries are to the success of our schools and the achievement of our students!